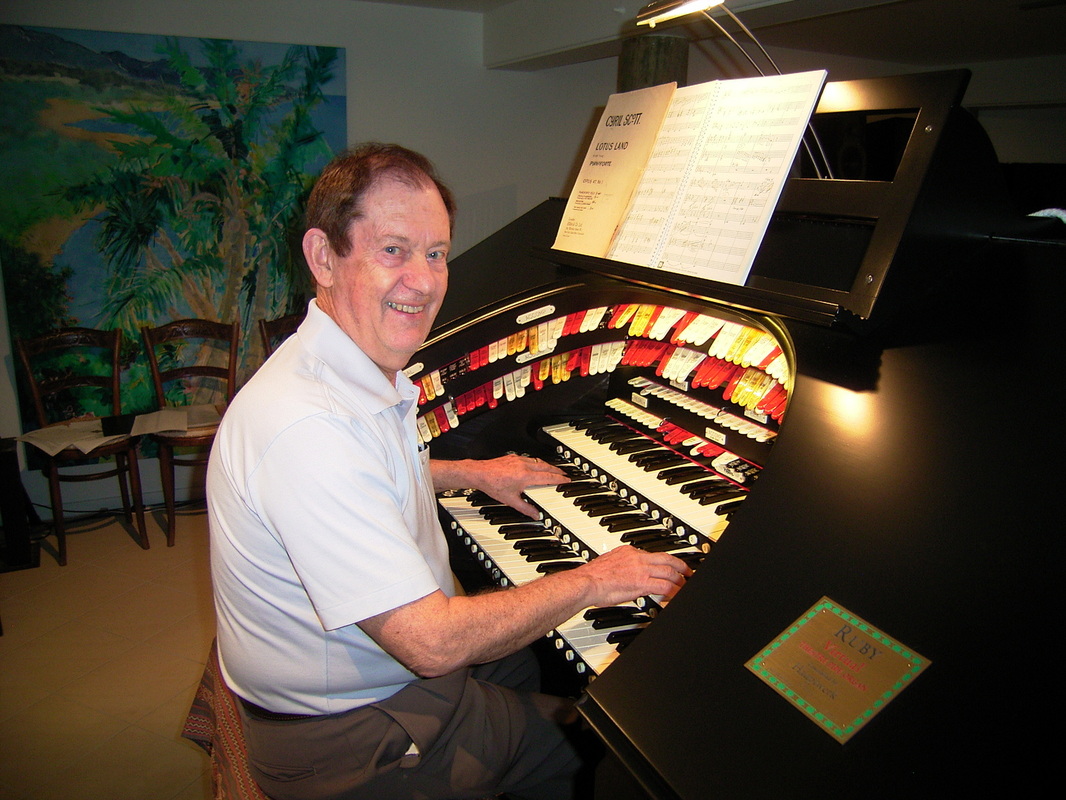 YOU TUBE
On A Wonderful Day Like Today (Config 7)
http://www.youtube.com/watch?v=yNSzoQ7qfNo&feature=plcp

Tony's musicianship is unique. He makes those most important spaces  between notes nearly as highly valued nearly as the notes themselves. Couple that with his exquisite phrasing, ability to spontaneously change interpretations, and most importantly Tony's unmatched sense of musicality ensures that he continues to remain in that august group of his peers at the very top of the theatre organ performance art form. A spot that he has occupied now, for nearly 50 years!

AUDIO TRACKS
Ruby has had some major audio and sample changes since the previous audio tracks were recorded and published over three years ago.
​Consequently the links below are not currently active but will be re-recorded soon.

All The Things You Are
Arr. Tony Fenelon