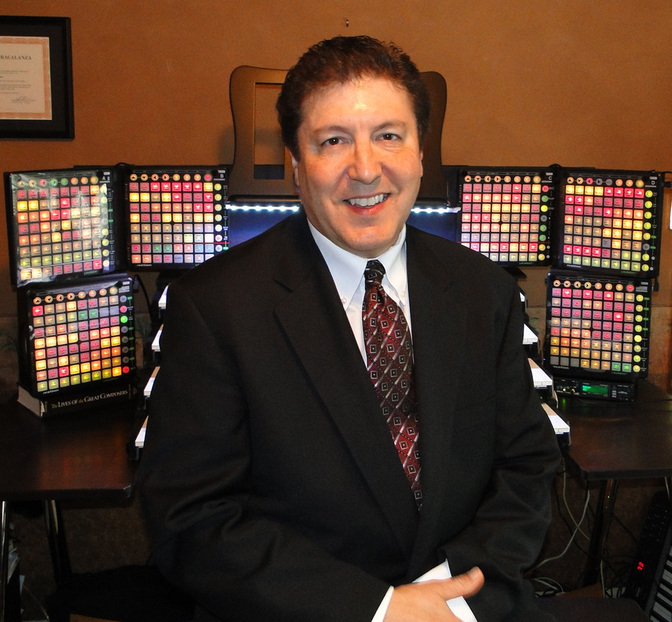 Steinway artist, and Buddy Cole channeller extraordinaire, Pierre has been wowing audiences both live, and on the net, ever since he constructed his own VTPO rig a few years ago. Since then he has become the leading global exponent of the 'virtual virtual' pipe organ paradigm. That is a recording of a VTPO output recorded direct to hard disk instead of acoustically.

The flexibility and control that the VTPO platform offers has enabled Pierre to express musical concepts in a way which he could never achieve before, except at the most comprehensively specified pipe organ. Most of all, the advent of the virtual pipe organ has meant that Pierre could faithfully 'channel' the musicianship of one of theatre pipe organ's most creative musicians, Buddy Cole. Created in the 1960's, Buddy Cole's widely lauded and loved work was created on his own Wurli-Morton theatre pipe organ housed in a purpose built recording studio in Hollywood.

I use the word 'channel' for what Pierre is able to do with Cole's music reaches far beyond mere imitation. There is an added sense that Pierre brings to any of his Buddy Cole performances. To call them transcriptions would be to do a disservice. They are much more than that.

As I have been an admirer of Buddy Cole's music for nearly 50 years, when Pierre suggested that he could play Ruby from Michigan!(aahhhh technology!), naturally I jumped at the opportunity! You can see (pic below) just how different Pierre's rig is to Ruby's console!

AUDIO TRACKS
Ruby has moved and is now Ruby Plus pipes!
​Consequently the links below are not currently active but will be re-recorded soon.

Every Time I See You I Am In Love Again

"I didn't look at a scrap of sheet music for When Sunny Gets Blue. I just wanted it to flow from my thoughts. And I wanted to put together these different sonorities." - Pierre Fracalanza

When Sunny Gets Blue 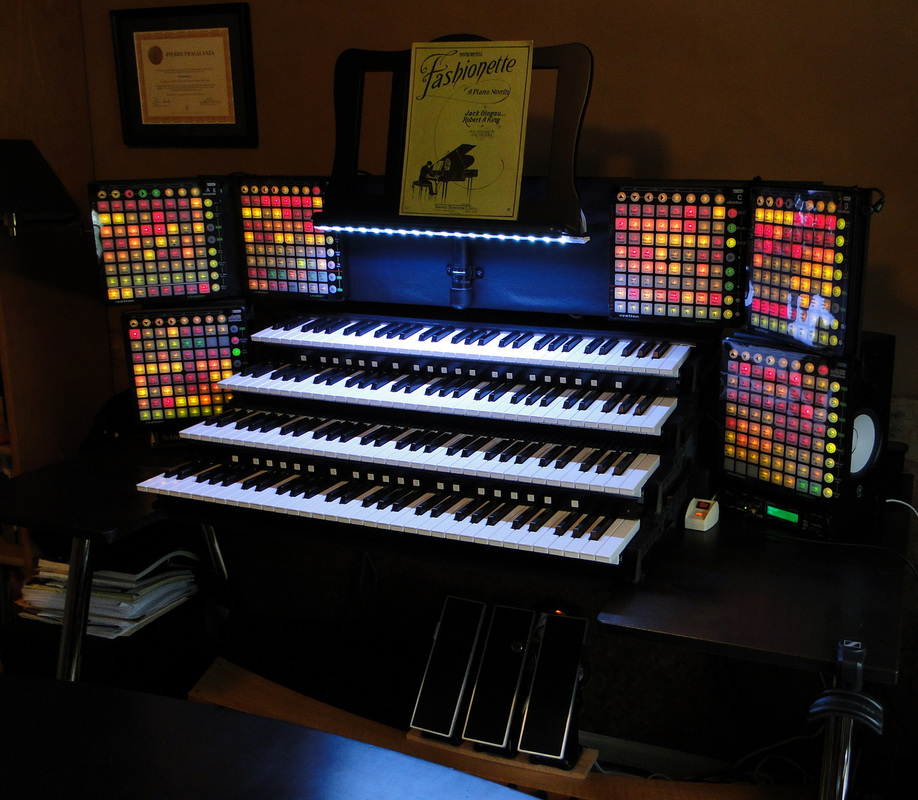