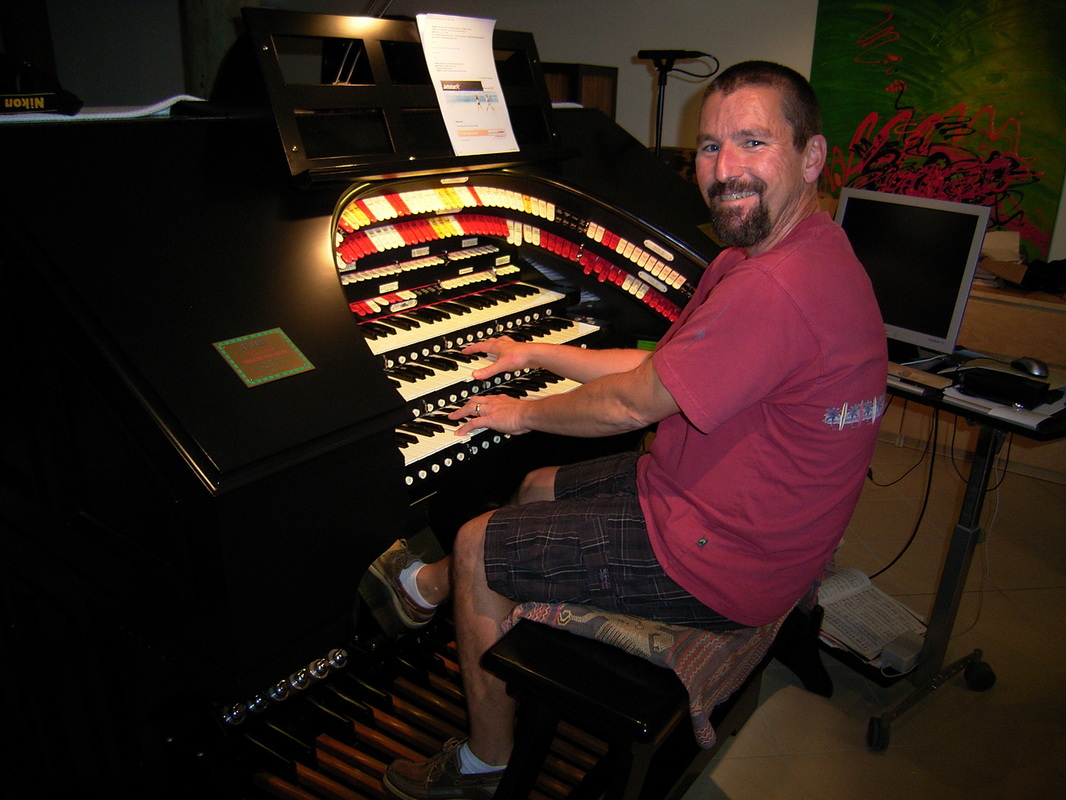 In October 2012 Dave was on his first concert tour of Australia in 8 years. I suggested a Ruby visit with a plan to record some tracks. Dave said that he was "intrigued" by the prospect of a Hauptwerk encounter! Now he says that he needs his very own Ruby!
Dave's visit occurred immediately following his thrilling, standing ovation concert at the Kelvin Grove State College Christie theatre pipe organ in Brisbane. The first concert of this tour. The weather was hot, and so was Dave!

About a Quarter To Nine
http://www.youtube.com/watch?v=CNiAstR_9xI


AUDIO TRACKS
Ruby has moved and is now Ruby Plus pipes!
​Consequently the links below are not currently active but will be re-recorded soon